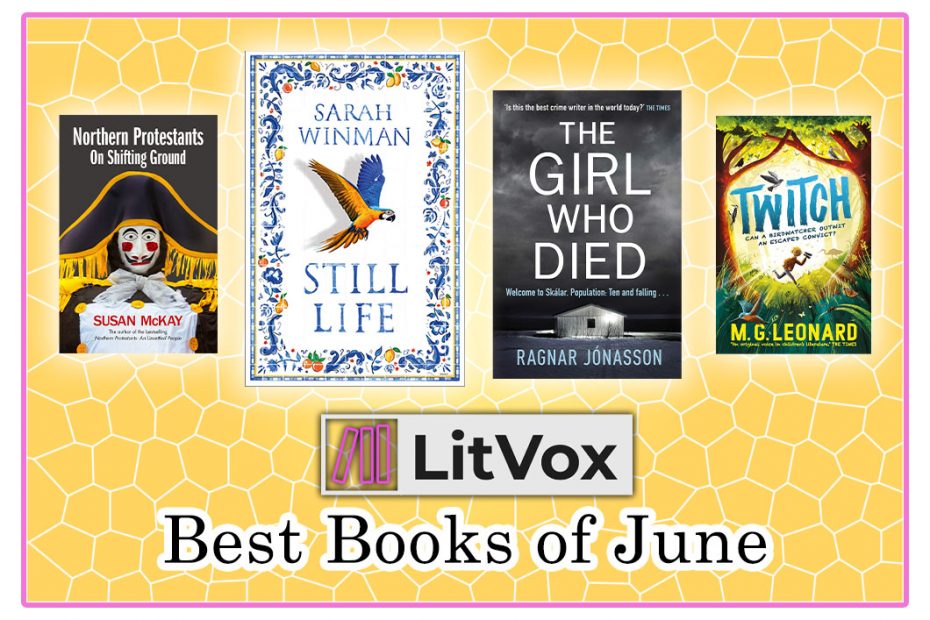 A few days late (thanks to a particularly heavy bank holiday weekend spent drinking too much port in the sun) here is LitVox’s choice for our best books of June....

All of them are brilliant, and it took some choosing given how strong publishing has been so far this Summer.

Fiction title of the Month

Our Fiction pick for June is Sarah Winman’s Still Life. This is a deeply atmospheric novel set in the Tuscan countryside in 1944, as the rolling of allied bombs can be heard smashing the cities and towns just out of sight. In the ruined wine cellar of a Tuscan villa, as bombs fall around them, two strangers meet and share an extraordinary evening.

Ulysses Temper is a young British soldier, Evelyn Skinner is an art historian in the autumn of her life; and a possible spy. She has come to Italy to salvage paintings from the wreckage and relive memories of the time she encountered EM Forster and had her heart stolen by an Italian maid in a particular Florentine room with a view. Evelyn’s talk of truth and beauty plants a seed in Ulysses’ mind that will shape the trajectory of his life – and of those who love him – for the next four decades.

There are a lot of palpable literary influences here, indeed the setting may almost seem clichéd upon reading the blurb. Fans of Louis de Bernières will fall hard for the luscious, descriptive backdrop, while fans of Pat Barker will likely adore the rich, character driven prose. The influence of E.M. Forster’s A Room with A View supports the narrative like a kite’s string. Indeed, the novel does risk tripping over into all-out twee, but thankfully steers clear. The wonderful, deep and penetrating dialogue between Ulysses and Evelyn creates something deeply original, something that will set the reader’s own mind off in a blaze of introspection.

Get your copy of Still Life from the LitVox bookshop. Thriller of the Month

The Girl Who Died by Ragnar Jónasson

For those of you unlucky enough to have not yet read Jónasson’s Dark Iceland series, suffice it to say that he is the brightest (and darkest) talent in the scandi-noir crime phenomenon. This new novel is perhaps more unsettling and claustrophobic than any of his previous work, and that’s saying something. Set in a tiny northern Icelandic village of just ten people, it’s essentially the exact opposite of a summer read.

After her father’s sudden, tragic suicide, Una spends her nights drinking alone in Reykjavik, stricken with thoughts that she might one day follow in his footsteps. So when she sees an advert seeking a teacher for two girls in the tiny village of Skálar – population of ten – on the storm-battered north coast of the island, she sees it as a chance to escape.

But once she arrives, Una quickly realises nothing in city life has prepared her for this. The villagers are unfriendly. The weather is bleak. And, from the creaky attic bedroom of the old house where she’s living, she’s convinced she hears the ghostly sound of singing. Una worries that she’s losing her mind. And then, just before midwinter, a young girl from the village is found dead. Now there are only nine villagers left. Now Una fears that one of them has blood on their hands . . .

Dark, creepy, atmospheric, and absolutely brilliant, The Girl Who Dies is out on June 10th. Order your copy here.

Non-Fiction Title of the Month

20 years ago, McKay published an incredibly important and critically acclaimed study of Protestants in Northern Ireland. Based on interviews with a vast swathe of the Protestant and Unionist community, McKay set out to describe the way the country and it’s future was viewed by politicians, former paramilitaries, victims and survivors, business people, religious leaders, community workers, young people, writers, and others.

Two decades on, the changes in Northern Ireland have been nothing short of revolutionary. Northern Protestants face the next two decades with a mixture of uncertainty, trepidation, fear of isolation and a perception that their culture is being deliberately and systematically eroded, both by the Nationalists in their midst and by a hostile Republic to the south.

This incredible book could not have come at a better time, and McKay treats all of the people and subjects in this study with an admirable academic interest and emotional detachment. This is essential reading for anyone who wants to think seriously about the future of Ireland, be that future united or divided.

Pick up a copy of this fantastic study from the LitVox Bookshop.

Children's Book of the Month 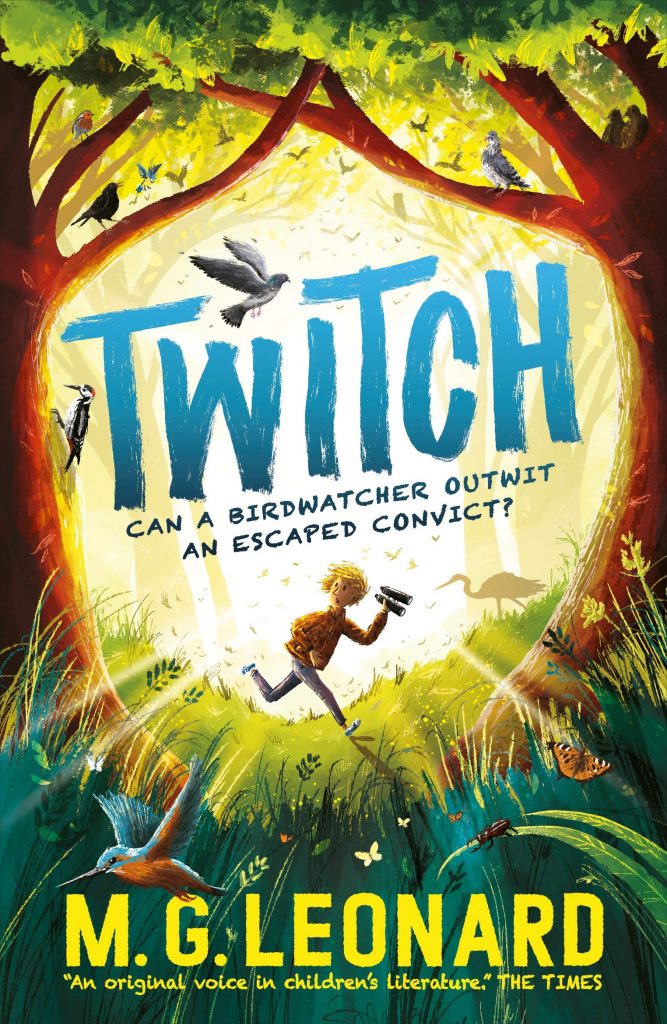 From the internationally bestselling author of Beetle Boy and the Adventures on Trains series, comes the first book in The Twitchers, a brand new mystery adventure series celebrating friendship, bravery and the incredible world of birds, starring a birdwatching detective called Twitch!

Can a birdwatcher outwit an escaped convict?

Twitch has three pet chickens, four pigeons, swallows nesting in his bedroom and a passion for birdwatching. On the first day of the summer holidays, he arrives at his secret hide to find police everywhere: a convicted robber has broken out of prison and is hiding in Aves Wood.

Can Twitch use his talents for birdwatching to hunt for the dangerous prisoner and find the missing loot?

This is a fantastic and tense adventure story that kids aged 8 and up will absolutley love.

Pick up your copy from the LitVox children’s bookshop.