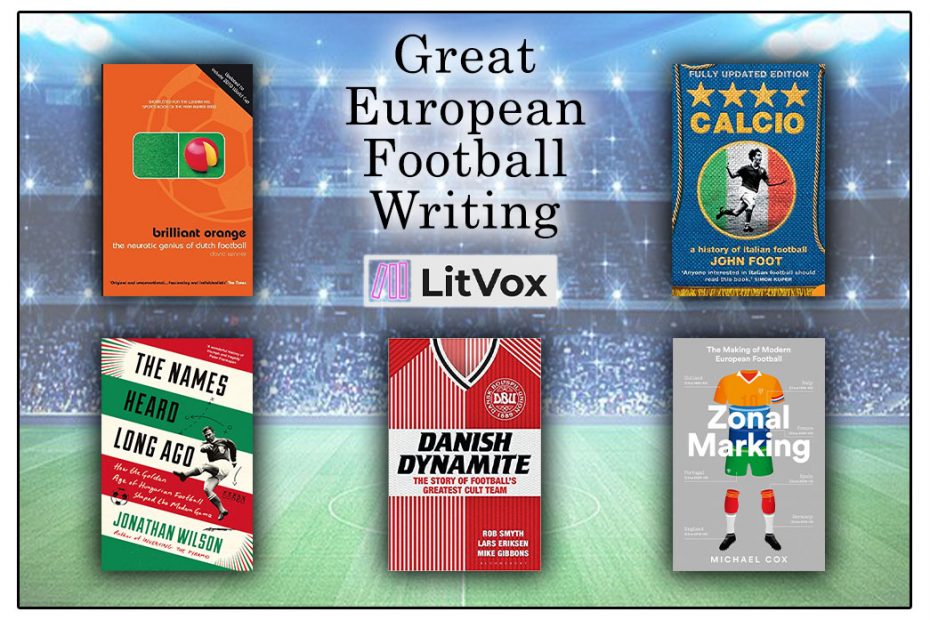 We’re heading into the final days of Euro 2020 (in 2021) and it’s been a genuinely brilliant tournament. It really has encapsulated the full range of emotional turmoil, elation and bafflement that represent the larger game of football. If you’re anything like me, the prospect of going into a year without an international tournament leaves you feeling pretty deflated. The fact that the next tournament we have to look forward to is all but guarenteed to be a chaotic, super-heated nightmare of corruption and confusion in the footballing fortress that is Qatar will probably leave you feeling even more deflated.

So, to get you over the hump, here are 5 of the best books ever written about European football. This list is by no means exhaustive, there are literally dozens of outstanding books by great sports journalists about the beautiful game in its home continent. These are just 5 we think are really, really bloody excellent.

Amazingly, a lot of people are STILL referring to the fact that Denmark have made the Semi-finals as a shock. Denmark are not without pedigree at the European championship, having lifted the trophy in 1992. The story of how Denmark got there, through the 1980s, is the subject of this incredibly fun little book.

The Denmark side of the 1980s was one of the last truly iconic international football teams. Although they did not win a trophy, they claimed something much more important and enduring: glory, and in industrial quantities. They were a bewitching fusion of futuristic attacking football, effortless Scandinavian cool and laid-back living. They played like angels and lived like you and I, and they were everyone’s second team in the mid-1980s. The story of Danish Dynamite, as the team became known, is the story of a team of rock stars in a polyester Hummel kit.

Heralding from a country with no real football history to speak of and a population of five million, this humble and likeable team was unique. Everymen off the field and superheroes on it, they were totally of their time, and their approach to the game was in complete contrast to the gaudy excess and charmless arrogance of today’s football stars. That they ultimately imploded in spectacular style, with a shocking 5-1 defeat to Spain in the 1986 World Cup in a game that almost everyone expected them to win, only adds to their legend.

For the first time in English, Danish Dynamite tells the story of perhaps the coolest team in football history, a team that had it all and blew it in spectacular style after a live-fast-die-young World Cup campaign. Featuring interviews with the players themselves, including Michael Laudrup, Preben Elkjær and Jesper Olsen, as well as with those who played or managed against them, this is a joyous celebration of one of the most life-affirming teams the world has ever seen.

You can pick up your copy of Danish Dynamite from the LitVox Bookshop today. 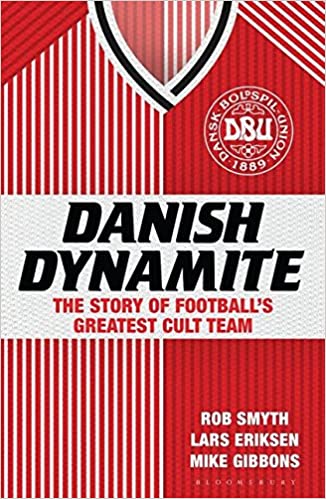 Calcio: A History of Italian Football

The first history of Italian football to be written in English, ‘Calcio’ is a mix of serious analysis and comic storytelling, with vivid descriptions of games, goals, dives, missed penalties, riots and scandals in Serie A.

‘Calcio’ tells the story of Italian football from its origins in the 1890’s to the present day. It takes us through a history of great players and teams, of style, passion and success, but also of violence, cynicism, catenaccio tactics and corruption.

We meet the personalities that have shaped this history – from the Italian heroes to the foreigners that failed, the model professionals to the mavericks. ‘Calcio’ evokes the triumphs (the 1982 World Cup victory) and the tragedies (Meroni, the ‘Italian George Best’, killed by his number one fan), set against a backdrop of paranoia and intrigue, in a country where the referee is seen as corrupt until proven otherwise.

Calcio is no longer a game. It is sometimes difficult to define it as a sport. It is certainly big business and a fanatical civic religion. There is no moral code here. Winners are always right, losers always wrong. This history of Italian football reveals all about the richest and toughest league in the world.

Pick up your copy of Calcio from LitVox today. 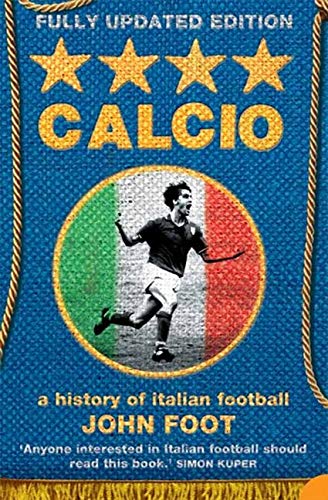 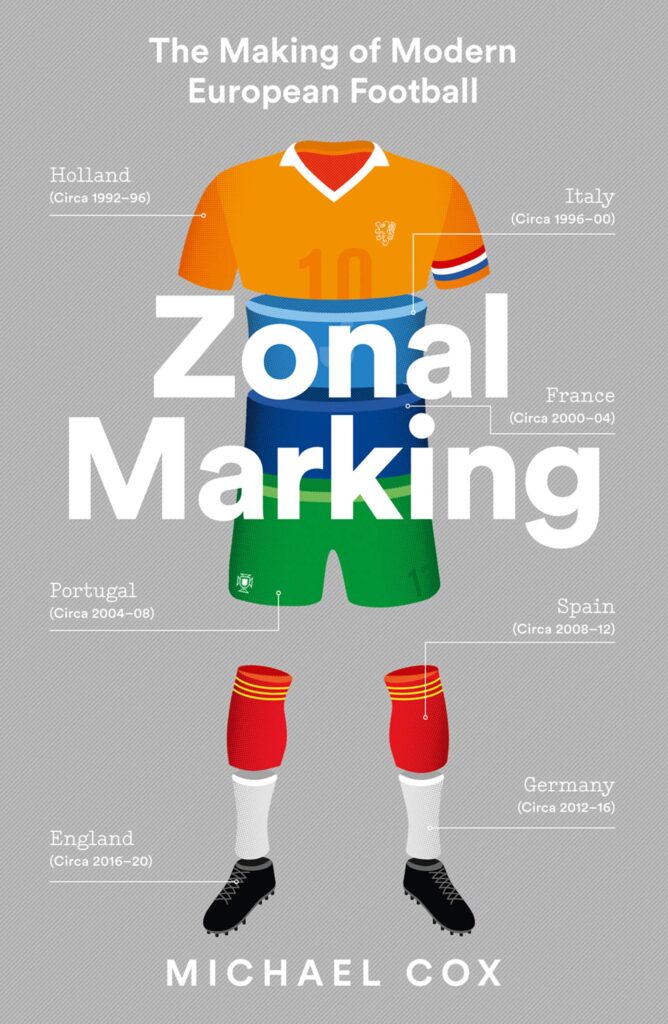 Continental football has always cast a spell over the imagination. From the attacking flair of Real Madrid of the 50s to the defensive brilliance of the Italians in the 60s and onto the total football of the Dutch in the 70s, the European leagues have been where the game has most evolved and taken its biggest steps forward. And over the last three decades, since the rebranding of the Champions League in 1992, that pattern has continued unabated, with each major European footballing nation playing its part in how the game’s tactics have developed.

From the intelligent use of space displayed by the phenomenal Ajax team of the early 90s, to the dominance of the highly strategic Italian league in the late 90s and onto the technical wizardry of Barcelona’s tiki-taka, the European game continues to reinvent the tactical dimension of the game, creating blueprints which both club and national teams around the world strive to follow.

In Zonal Marking, Michael Cox brilliantly investigates and analyses the major leagues around Europe over specific time periods and demonstrates the impact each has made on how the game is now played. Highly entertaining and packed full of wonderful anecdotes, this is the first book of its kind to take an overview of modern European football, and lays bare just how much the international language of football can be shaped by a nation’s unique identity.

You can buy your copy of Zonal Marking today from LitVox.

As their early exit from Euro 2020 suggests, Dutch football has fallen a long way from their near mastery of the European game during the 70s and 80s. The Dutch are the great underacheivers of World football. Despite three world cup final appearances, they are yet to lift the trophy. This book explores the often (today) undervalued contribution that The Netherlands have made to global football, and just what it means the people of this tiny nation.

The Netherlands has been one of the world’s most distinctive and sophisticated football cultures. From the birth of Total Football in the sixties, through two decades of World Cup near misses to the exiles who remade clubs like AC Milan, Barcelona, Arsenal and Chelsea in their own image, the Dutch have often been dazzlingly original and influential. The elements of their style (exquisite skills, adventurous attacking tactics, a unique blend of individual creativity and teamwork, weird patterns of self-destruction) reflect and embody the country’s culture and history.

This book lays bare the elegant, fractured soul of the Dutch Masters and the culture that spawned them by exploring and analysing its key ideas, institutions, personalities and history in the context of wider Dutch society.

Get your copy here. 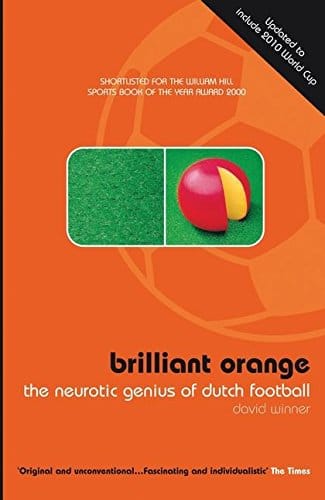 The Names Heard Long Ago 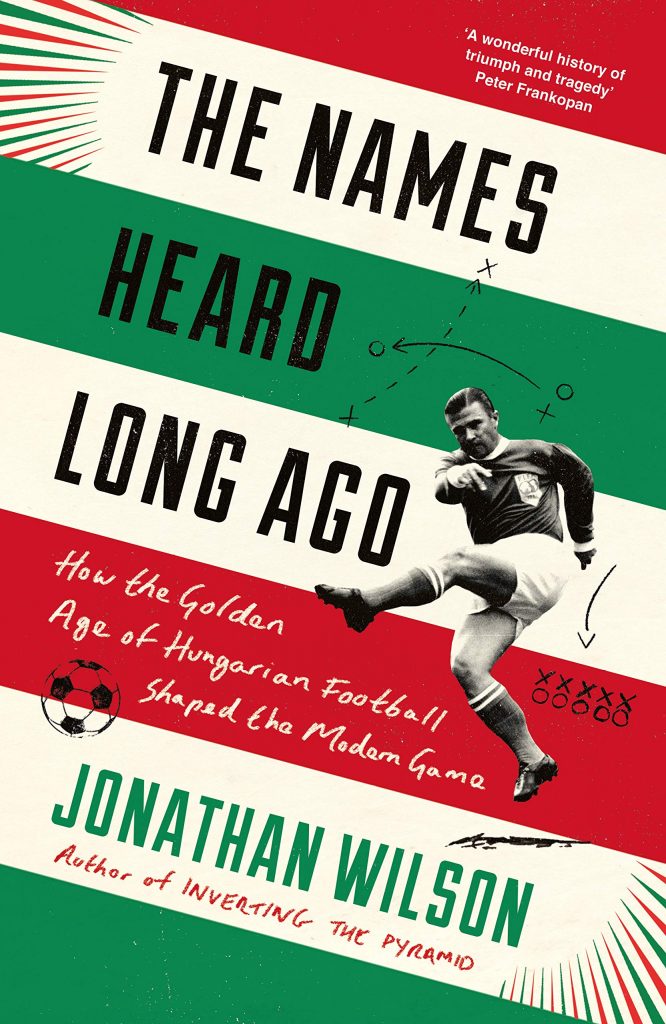 In 1953, the Mighty Magyars beat England 6-3 at Wembley, a result that echoes through the history of football. A year earlier, this Hungarian team had won Olympic gold. A year later, they lost agonisingly in the final of a World Cup that they dominated. This is the beginning, middle and end of Hungarian football in the popular imagination.

Only, how come the ideas from this team spread around the world? Why do Hungarian managers spring up in Italy, Germany, Brazil, Argentina, Uruguay, across Europe and the Americas, bringing their secrets with them? And what are the incredible stories they have to tell, of escaping the Nazis and the Soviet communists?

How did the history of modern football come to be born in the Budapest coffeehouses of the early twentieth century?

Fifteen years in the making, this new book from bestselling football historian Jonathan Wilson is the missing piece of the jigsaw; the forgotten story in football’s history, lost in war, in revolution, in death and tragedy.

Pick up your copy of this wonderful book from the LitVox Bookshop.