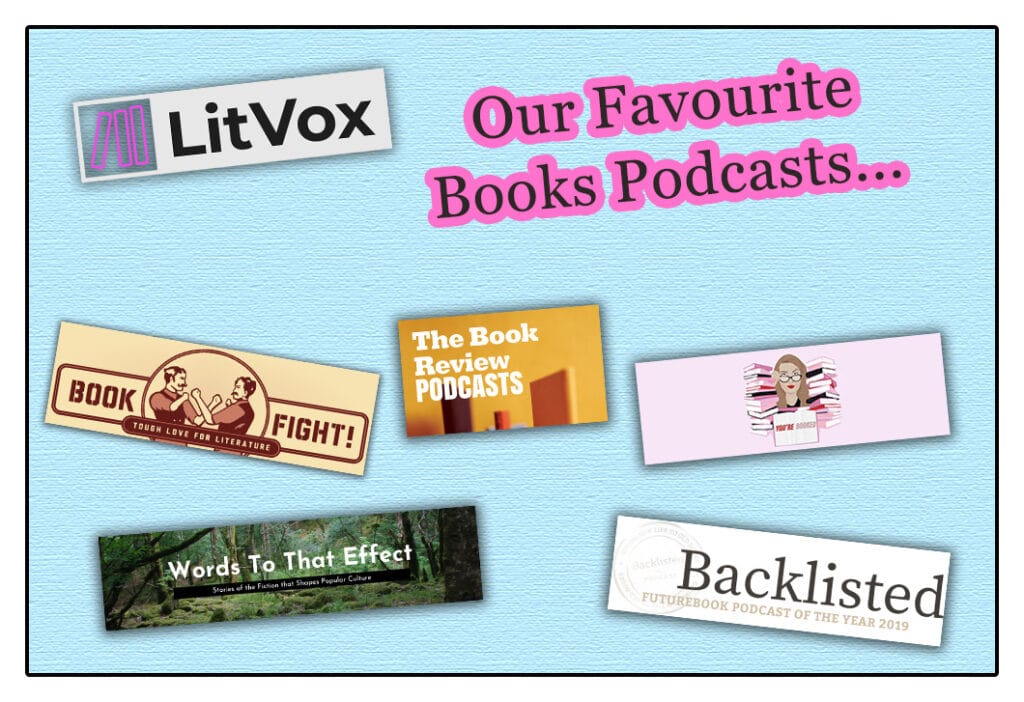 How many times a year do you reckon you're asked if you've listened to a certain podcast? The world is awash in podcasts, and like everything else in life, where there's quantity, there's an inevitable lack of quality. Podcasts about books are no exception. But fret no more! We've found the very best books podcasts so that you don't have to go delving through the rubbish. Here's the cream of the crop.

If you’ve ever thought about starting your own books podcast – and if you’re reading this, then there’s a good chance the thought has crossed your mind – don’t bother. Seriously. There are already hundreds of them out there, all vying for space upon a very modestly-sized literary podcast raft which will inevitably topple and sink, leaving just a few survivors. Do you really want to be the podcaster that breaks the raft’s bow? Of course not. Does a raft even have a bow? Who knows?

What you can do instead is just listen. Listen to people who are more knowledgeable and more entertaining than you as they talk about books, while you potter about your day, trying to ignore the futility of your own fleeting existence. Below is a selection of books podcasts that the author of this piece listens to in order to distract himself from his own mortality. They are in no particular order, but I do believe they are all worthy of your ears’ attention, in their different ways.

“The podcast that gives new life to old books,” is the rather ambitious claim made in the introduction to each episode of this podcast, but hosts John Mitchinson and Andy Miller more than back it up. The concept is in the tagline, each episode devoted to a book that was at one point universally cherished but which has since been cast onto the literary scrapheap. Guests are invited to pick the book in question and what tends to follow is a passionate discussion of the merits of the book and its writer.

These conversations are thrilling, full of joie-de-livre, as guests and hosts alike argue convincingly that we as a society have made a terrible mistake in overlooking the title under discussion. Don’t let their apparent erudition and vast stores of knowledge put you off, Backlisted is a safe space, inviting you into a world where it’s OK to be intensely passionate about literature. The introductory section in which our hosts discuss the books they’ve been reading that particular week is equally wonderful and the listener is likely to leave each episode with a healthy list of titles both old and new to discover and devour.

Perhaps the most appealing aspect of Backlisted is the global nature of each discussion, taking the book in question as a starting point, but also going into the writer’s background, touching upon their other works, the history and events of the time and place it was written, as well as taking in cinematic adaptations (with audio clips), songs and anything else book-adjacent but relevant. A veritable feast and, with well over a hundred episodes in their back catalogue, you’re unlikely to run out of listening material any time soon. Start with: Episode One on J.L. Carr’s A Month in the Country is as good a place as any, although particular standouts are Episode 48 on Malcolm Lowry’s Under The Volcano and Episode 98 on Riddley Walker by Russell Hoban, in which novelist Max Porter joins the hosts.

Occupying the opposite end of the scale of erudition to that of Backlisted is Book Fight, whose tagline ‘tough love for literature’ isn’t always entirely accurate, though this takes nothing away from the enjoyment to be gleaned from this Philadelphia-based podcast. It is tempting to see the former as representative of British book culture as a whole and the latter as its dumbed down, slack-jawed American cousin, but that would be too facile a distinction, and one which does both podcasts a disservice.

The main appeal of our hosts, writers Mike Ingram and Tom McCallister, is their complete lack of reverence for the traditional literary canon and their relentlessly funny discussions of often dreadful books. On their Patreon, they are currently on the hunt for the worst book of all time, reading their way through listener suggestions and tearing them to pieces. They’re a natural double act, wisecracking their way through each episode and leaving the listener hungry for more. They tend to operate in seasons, such as the recurring Winter of Wayback, in which they take a decade or a year and spend the winter delivering weekly episodes on books from said decade/ year. They often digress into nonsense segments on other things related to that year (Monkey News, for example, where they delve into library archives to find newspaper reports on what monkeys were up to in, say, 1937).

Reading “The Room” episodes, in which they discuss the craft of writing, are a bit more serious and worth a listen for anyone who occasionally scribbles away uselessly at their desks. Start with: With over 370 free episodes, you can dip in wherever you fancy really, but starting with a Winter of Wayback season and making your way through it might be an idea The most recent season dealt with the tumultuous year of 1968 and starts with episode 358, where a Tom Wolfe essay on the surfer subculture is the focus of discussion.

Words to That Effect

Something a bit closer to home, as our Dublin-born-and-bred host Conor Reid (fans of nominative determinism will enjoy that surname) takes us on a deep dive into the ‘fiction that shapes popular culture’. Unashamedly academic, with guest professors of literature to the fore, this is a delightful combination of high and low; we are treated to erudite musings on pulp fiction, sci-fi and horror in a way that manages to be informative and entertaining, but never pompous or overbearing.

Reid tackles everything from romance novels to steampunk to utopian fiction, as well as dedicating some episodes to specific authors whose impact on popular culture has been enormous (the likes of Robinson Crusoe, MR James and Edgar Rice Burroughs). Each episode is meticulously researched and lovingly crafted.

There’s something almost supernaturally calming about the WTTE listening experience as Reid’s soothing tones lull us into a world of quiet meditation on the link between popular fiction and our wider culture, while ambient music – typically provided by Irish artists- bridges the gaps between sections. It’s the Buddhist retreat of literary podcasts, leaving you enlightened and reformed when you emerge from a 20-30 minute episode.

Start with: Start at the start with this one. The episodes are standalone, but there’s a definite sense of progression and immersion as you make your way through the 52 episodes released so far.

Billing itself as ‘the podcast for literary nosey-parkers, You’re Booked is a wonderfully chatty show that is perfect when a bit of wholesome distraction is in order. Host Daisy Buchanan is joined by an enjoyably diverse selection of writers to discuss the books that have sustained them from childhood to the present day, in a podcast that is all about the joys of reading. Our host’s passion for literature shines through as guests such as Richard Ayoade, Patrick Freyne, Marian Keyes and Patricia Cornwell take us on journeys inside their reading lives. 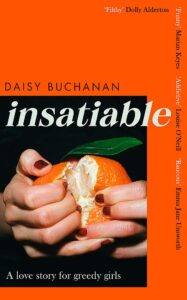 If it’s reading inspiration you’re after, listen no further – you will leave each episode with a long list of titles that have been discussed in generally gushing terms. Start with: It’s probably best to pick and choose here, as some of the guests will invariably have reading tastes that will make you turn in your grave (when you get there), while others will have you scribbling down title after title until carpal tunnel syndrome sets in and you have to stop.

The weekly podcast from The New York Times is whole lot more conventional than some of the others mentioned above, but it’s certainly one of the best ways of keeping up with the latest in books and criticism. Host Pamela Paul is endlessly knowledgeable, but fortunately she’s also a perceptive interviewer, invariably asking the right questions as she interviews the biggest names in literature about their latest works. There is also a weekly update on the latest news from the publishing world and various New York Times critics pop in to discuss the books they’ve been reading and writing about that week.

All very by the book, but probably the best way to keep up with literary goings on on the other side of the Atlantic. Start with: The latest episode and go from there. The nature of this podcast is that very few older episodes are worth a listen, though scrolling through their back catalogue you might find one or two interviews that tickle your particular fancy.