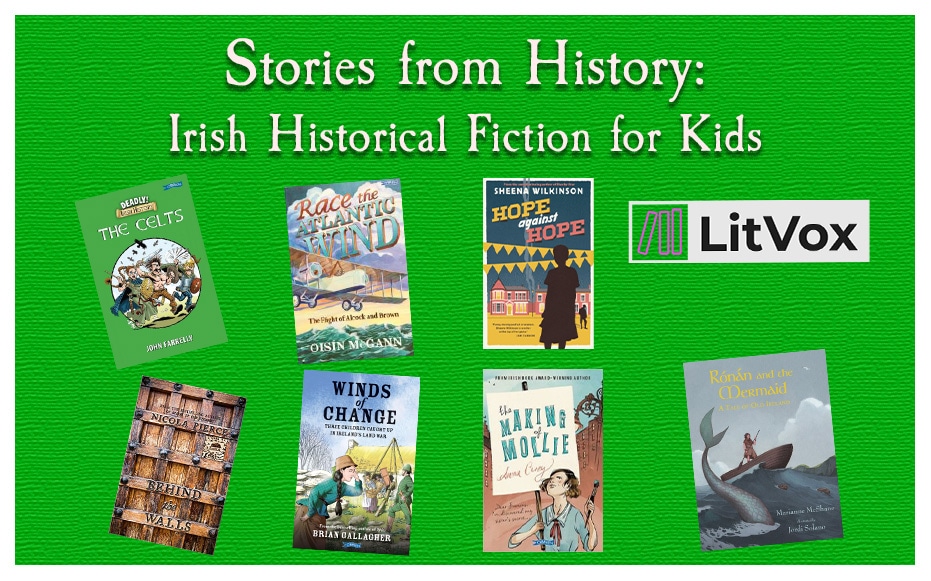 As it's the first St. Patrick's Day in living memory without a parade, those kids will need to be kept entertained...

Here we are in March, a time to celebrate all things Irish. While myths and legends surround St Patricks’ Day, it’s also the perfect moment to look into our past. Irish history is long and varied with constant change and many perspectives. Historical fiction for kids of all ages takes history out of the text books and brings an understanding that history was made by real people living real lives, and a desire to find out more.

Let’s pay a raucous, riotous visit to our old friends the Celts. Not strictly fiction, filled with fantastic facts, deadly deeds and hilarious, albeit somewhat grim, episodes, this book catapults us into a history covering over 2500 years of Celtic heroes and villains, Celtic warfare and battles and some of the most wondrous Celtic art and creations proving the Celts were more than just boastful bullies. Come inside their roundhouses, learn the tasty (?!) secrets of Celtic cookery, enjoy mind-boggling games, all while reading the myths and legends of the Fianna, Cú Chulainn, and more that made Ireland what it is today. Wonderfully illustrated with black & white drawings and cartoons illuminating our new-found knowledge, You’ll laugh, you’ll gasp in horror and you’ll want MORE! ( Don’t forget Deadly Irish History: The Vikings)

Get your copy here… 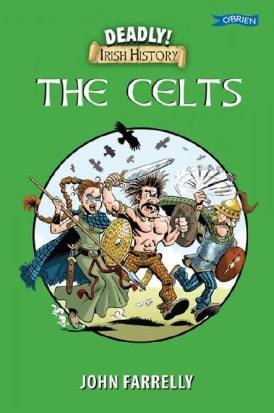 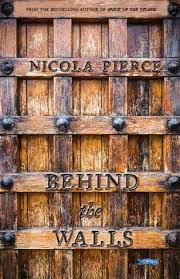 Behind the Walls by Nicola Pierce

In 1689, against the backdrop of a bloody conflict between the King James II of England and William of Orange, an anonymous letter finds its’ way to the city of Derry stating that every Protestant man, woman and child is to be slaughtered. The facts are sketchy at best and panic sets in. Brothers Daniel and Robert Sherrard, help close the city gates against the approaching Catholic army. The siege has begun. Trapped behind the walls, her people are starving during the horrific winter with no available outside help. Loyalties are tested. The limits of endurance are stretched far beyond imagination. But there is no turning back. A fascinating look at the Siege of Derry as seen through the eyes of young Daniel. (By the same author and just as fabulous; Kings of the Boyne, Spirit of the Titanic and Chasing Ghosts.

Winds of Change by Brian Gallagher

1880; Though they live very different lives, Clara, Aidan and Molly are bound together instantly by a mutual love of music and soon become firm friends. But they must meet in secret. The Land War rages fiercely all around them and their families are on very different sides, with the tenant farmers battling back against the injustices of the landlords and the RIC bound to enforce the law of the land.

The three make a vow to preserve their friendship. But it isn’t that easy. Very hard choices have to be made, putting loyalties to the test as tragedies strike. And the decisions they make will impact lives for decades to come… An intriguing look at this pivotal moment in Irish history and how some family secrets refuse to stay buried. (By the same author: Spies, Pawns, Arrivals, Resistance)

Winds of Change is out on March 29th. 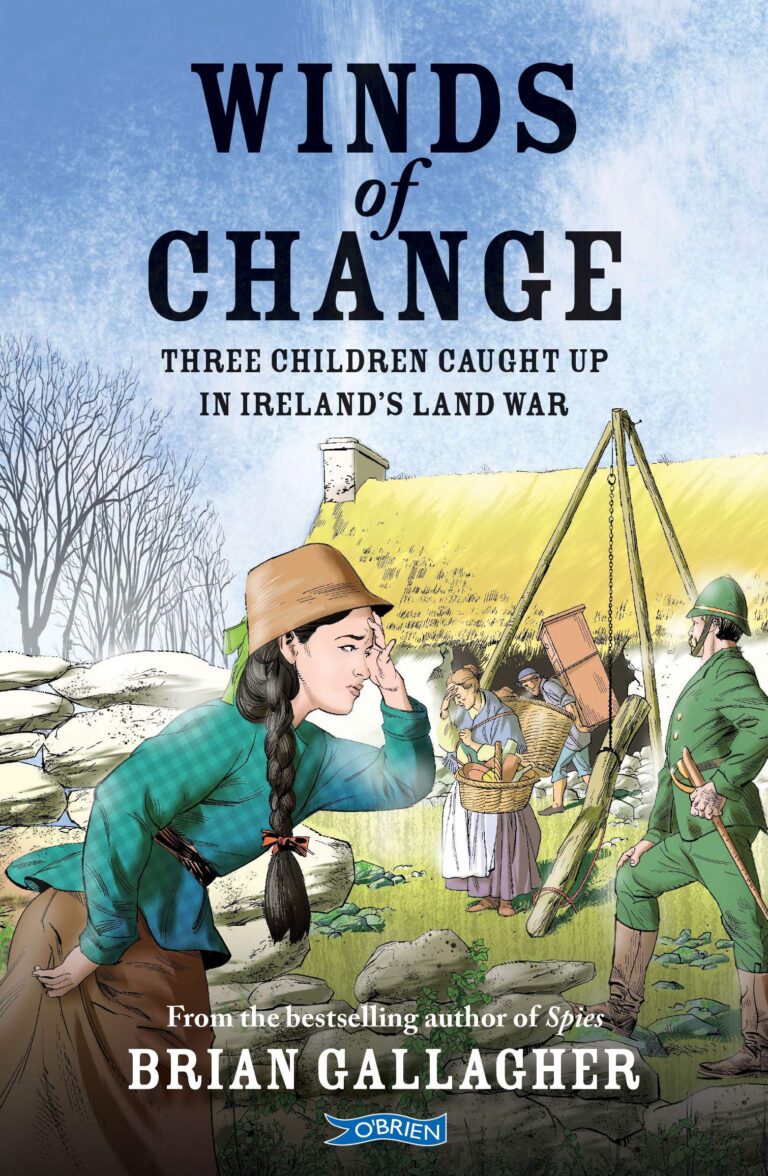 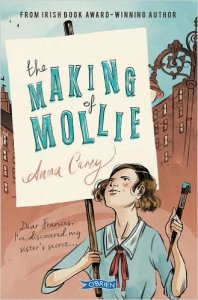 The Making of Mollie by Anna Carey

Spring 1912; 14-year-old Mollie Carberry is stuck in the middle of her family, feeling unimportant with nothing special happening for her. That’s until she discovers that her sister, Phyllis is a secret suffragette. Following Phyllis around, Mollie attends meetings (roping in friend Nora) and becomes convinced that she must do something to help the cause. The problem is the Irish Women’s Franchise League (IWLF) doesn’t want her help. Phyllis worries about getting Mollie in trouble, most of the girls and teachers at school are indifferent, and there are a few who would love to get Mollie and Nora in hot water at home and school. But, inspired and determined, Mollie makes a firm decision…they must to do something, regardless of what others think. (Also read: Mollie on the March and The Boldness of Betty) Pick up yoour copy of The Making of Mollie from the LitVox Bookshop.

It’s 1919. Maggie McRory ran away from her native Ireland to join her uncle and aunt in Newfoundland and finds the adventure of a lifetime. The very best aviators in all the world are to compete to achieve an impossible goal; to fly non-stop across the Atlantic Ocean from their starting point at St Johns. To win, they will face brutal storms and freezing temperatures in aeroplanes made of wood, wire and cloth. Enter John Alcock and Arthur Whitten Brown. Maggie is desperate to be in the middle of all the action. But dealing with her war-scarred Uncle Patrick who views these men as a threat has her fighting a battle of her own.

Pick up your copy of Race the Atlantic Wind here. 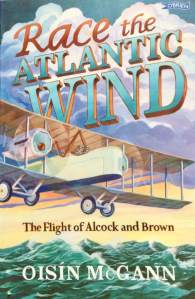 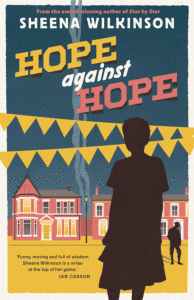 Hope Against Hope by Sheena Wilkinson

It’s 1921. Ireland has been at war with Britain for 2 years. Emotions are still running high from the end of World War 1 and now, with the act of partition, a hard border splits the country, tearing communities apart by conflict. In the small border town of Mullankeen, Polly is still reeling from the loss of her mother, struggling to tolerate a brother much changed by the War and now her best friend has been sent away to school. A shocking incident at home drives Polly away, joining Catherine in Helens’ Hope Hostel in Belfast; a haven of tolerance in a city that is growing more splintered by the day. But even within safe walls, the girls struggle to maintain their ideals. There are some in the area that hate the hostel and all it stands for. When Helens’ Hope is violently attacked resulting in a horrific tragedy, can Polly keep hope alive? (Also read the companion books: Star by Star and Name Upon Name)

Get your copy from the LitVox Bookshop!

Ronan and the Mermaid: A Tale of Old Ireland by Marianne McShane

Long, long ago the Abbey of Bangor with its’ cluster of beehive huts lay nestled on the edge of the Irish Sea. One day after a fierce, wild storm, Brother Declan discovers a boy washed up on the shore among a circle of seals, seaweed in his hair. As he recovers, he tells a tale of being rescued from the waves by a beautiful lady. She had long golden hair and sang to him until they reached the safety of the shore.

As his days unfold, Ronan is given a harp and can play the most mesmerising music with just the touch of a string. But he keeps hearing another song, sweet and sorrowful coming from the sea. It is the song of the mermaid.

Told with the voice of a real story-teller, sensitively illustrated, this book truly brings the legend home.

As ever, you can get your copy right here at LitVox. 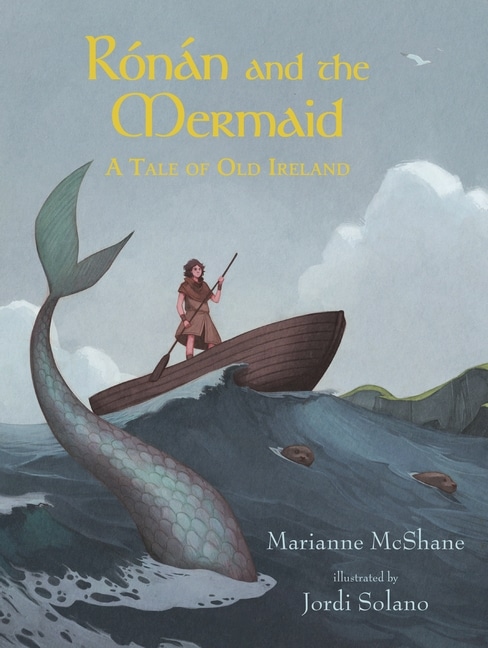